The NES was an amazing little games console for its time and there have been some excellent games developed for it. Here is a list of my Top 10 Best NES games ever. These are just the games I have played personally. Do you agree with my list or are there any games you particularly loved on the NES, please let me know in the comments below?

RC Pro Am 2 was a cracking little racing game. It had some major improvements on the first edition.

Are the graphics any good? How about the sounds and Gameplay?

Ummm…. The graphics were average for this old 8 bit machine, not amazing but at least you could see what you were doing. As for the sound, well.. The sound was fairly good with some quirky little sound effects.

It was however the gameplay that made and still makes RC Pro Am 2 such a good game. There is a large amount weapons available, you could purchase items and it had a 4 player mode. RC Pro Am 2 was a game that could entertain you and your friends for hours.

Number 9 is, Mega Man 2. This was an excellent little platform game, one I used to love playing. This game would see you go through 8 stages and Boss Fights, once all 8 were defeated you could take on the evil Dr. Wily.

The gameplay was very good, the difficulty however, was on the high side, although it wasn’t impossible.

The game graphics for this little machine are brilliant, the soundtrack is good the controls are good. Overall, Mega Man 2 is a very good game and fully deserves it spot in my top 10.

Double Dragon is a classic martial arts beat em’ up game. This was an excellent game for its time and it set the standard for years to come. Double Dragon was first released on the NES way back in 1988.

The game had good graphics, a good soundtrack and excellent playability, all of which makes Double Dragon a timeless classic. More on Double Dragon…

Metroid was, well is, one of my all time favorite games. A true classic that was first released in Europe in 1988 (Japan 1986).

You play a bounty hunter Samus Aran, hunting for space pirates. Metroid is a classic Sci-Fi action adventure game. A brilliant game that start an excellent series of games.

The graphics were good, as was the soundtrack and the gameplay. The only downside to this game for me was that there was no map, which made thing a little difficult at times. 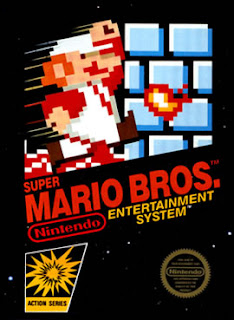 I expect everybody has heard of Super Mario. This was a true classic platform game. It was first released in Europe back in 1987. Super Mario Bros. is the Game that started the massive Mario franchise that we still have today.

Super Mario Bros. was and still is great fun to play. You travel through the mushroom kingdom to rescue the Princess Toadstool from the baddie… Bowser.

This game was a highly fun boxing game. Another one of my favorites, Punch-Out was hard to put down and gave me hours of entertainment.

For a game on an old machine like the NES, Punch-Out was terrific. The graphics were great, the sound was…well…the sound was good, but the gameplay was super, I loved it.  Mike Tyson’s Punch Out!! 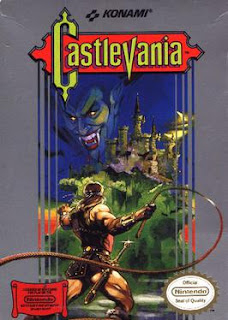 Castlevania was a game changer. This game moved away from the cutesy little platformers like Mario, and brought us something a little more dark and gothic with a classic storyline.

Castlevania made excellent use of the little 8-bit machine with impressive visuals and an excellent soundtrack, coupled together with the fantastic gameplay that was fairly challenging but not frustrating enough to throw your controller across the room.

Castlevania fully deserves its spot high up on the list of my top 10 NES games. 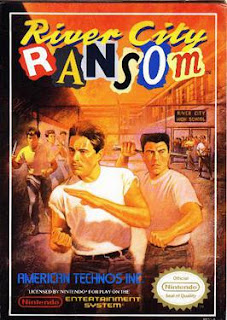 We are in to the top 3. This game, River City Ransom was superb.

Probably one of the best “Beat em’ ups” to ever have been developed for the NES. The graphics and animations are brilliant, the sounds are great and blend in well with the excellent gameplay, made even better in 2 player mode. 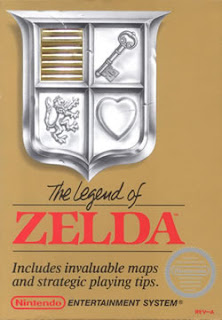 Zelda is one of the most successful video game series of all time and it all started with this game “The Legend of Zelda”.

The Legend of Zelda was first released in Europe in 1987, makes my feel old.

This game is an adventure game, although it could possibly be classed as an RPG, let me know what you think.

It was one of the first games to be presented in an overhead view. It had good graphics and an amazing soundtrack. The gameplay is excellent as you explore the world, find items, solve puzzles and beat the bad guys, what more could you want? 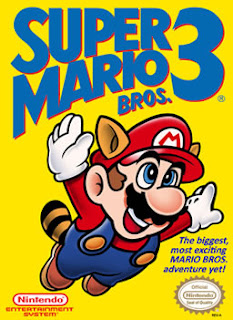 Okay, here we are at number 1. Super Mario Bros.3. Could this be the best platform game ever made for the NES?

The Princess has been kidnapped AGAIN!! And the Kings have been transformed. It is then up to you to save the princess and return the kings to normality.

For its time and for such a small machine the graphics were simply brilliant. The soundtrack was amazing. The gameplay was, well it’s Mario it was super fun and it is still super fun today.

Super Mario Bros. 3 is an excellent all round game and is one of my favorites of all time.